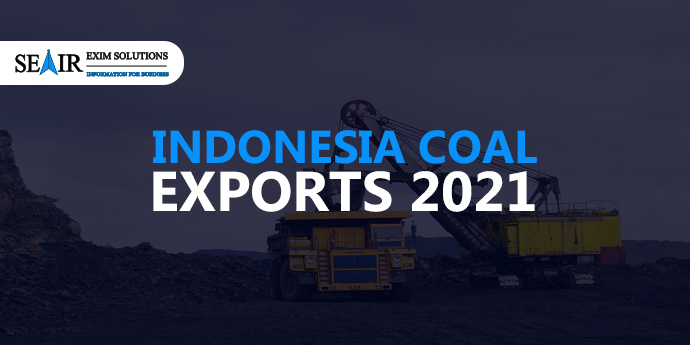 All the power plants and machine required coal that’s the reason coal become important factor for every country. According to world coal ranked the world coal trade is influenced by several producing countries.

This becomes the central part for Indonesia to meet the energy requirements. Indonesia shares largest market in exporting this all over the world. According the HIS report Indonesia stood 35.3 mt during 2021(approx. 25%).

In terms of shipment from East Kalimantan, South Kalimantan and Sumatra the exporting rate stood approval 18.9mt (approval 9 percent y/y), 11.0 mt (up to 56 percent) and 3.7 mt (up to 61 percent) respectively.

As seen report from Ministry of energy and Mineral resources of Indonesia the coal price has suddenly increased in July 2021.The shipment during June 2021 of Indonesia to mainland China account for 53% of total  export, stood at 18.6mt (15 percent m/m and lately from Japan and South).

Shipment to Malaysia and Taiwan stood at 1.9mt (down 13 percent m/m and 7 percent y/y). Shipment in India decreases as buyers start depending on Australia for the thermal power. On august 2021 the company have to suffer by export ban.

Indonesian Coal Mining Association reported that China agreed to buy $ 1.47 billion coal from Indonesia in 2021.The report said that the agreement was signed between China coal transportation and Indonesian Association.

With the deal between China and Indonesia of exporting. it is going to assume that exporting of it will get increase by 200 million tonnes till next year. The report said that the target of exporting quantities will be reviewed every year.

Due to some tension between Indonesia and Australia, The country banned to import of any goods from Australia. In 2021 Indonesia raise the target of export of it to 625 million tonnes from 550 million tonne previously. This data is revealed by mineral resources ministry regulation.

The production of it in the country fell down by 17 % to 42 million tonnes to January 2021. This fell down in production due to impact of strong monsoon season which affect the loading activities. Country thinking to export their products to the growing countries. like India and other Southeast Asian countries but country has suffered because it has tough competion with the Russian countries and Australia.Competion is also valid because it is the most energy source for electricity production.

It is also play an important role as a fuel in the production of steel and cement. The factor through which production of more electricity happened because of the support of government and government.

And also, there is presence of large drives in Indonesia which drive the growth of energy production and tend to raise the export business. However, it raised and shift toward alternative source of energy such as natural gas, Renewable source to generate power.

These all factor help in the growth of this country. It also affects the export business market due to effect of covid-19.

1.Demand for Bituminous has increased to raise the Indonesian market during the forecast period.

2.The increasing demand of it export business expected to raise this industry of this market during the forecast period.

3.The decision taken by this government to reduce the greenhouse gases emission help the country export market to expand sub- bituminous and lignite source. Which hopefully create an opportunity for this country in production of energy in future.

Regarding the reserve in Indonesia, Indonesia holds 6th rank globally in exporting business. It also holds 3891 million tons of coal as per 2019 stastical report. As the stastical report of 2019 it is said that 70% of Asia total total of this reserve contains Anthracite and Bituminous.

Sub-Bituminous has witnessed their role in growing power generation and meeting demand of energy production and help to raise the Indonesia economy toward growth. As we know this country is a big reserve of natural resources because of this the energy demand is high.

This help in raising Indonesian economy growth. This country is from one of the top most in the world of production and exporter having production 616 million tons. Indonesian geographical area has created lots of opportunity in China and India for cheap fuels and low quality.

This export business hit a historical target maximum in 2019 but hopefully it is expected to break the record in 2021.