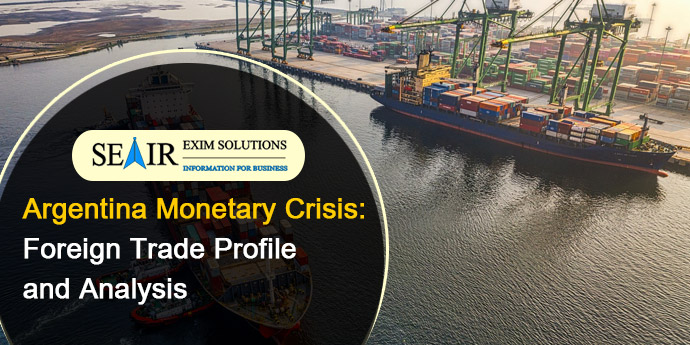 The Argentine monetary crisis of 2018 was characterized by a severe depreciation of the peso, owing to high inflation and a sharp drop in the currency's perceived value at the local level as it lost purchasing power, as well as other domestic and foreign reasons. As a result, Mauricio Macri's presidency asked the IMF for a loan.
Argentina's famous terrain, complete with stunning beaches, cathedrals, and exceptionally arable farmland, is crisscrossed by ancient Andes mountain ranges and valleys rich in biodiversity. Argentina is surrounded on the north by Brazil, Paraguay, and Bolivia, on the east by Chile, and on the west by Uruguay. Argentina has been dubbed "South America's Liberator" because it was the first country in the region to drive colonizers out of its borders in 1816. The country has long been a bright spot in the Americas, and it was once the continent's most powerful economy.
Argentina, in addition to being an effective service provider, continues to serve as a regional hub for manufacturing and industrial operations. Mineral resources, cattle ranching, and cereal production are all important. Argentina is a developing economy with a highly educated population and high levels of human progress. As of 2021, its GDP is estimated to be around $450 billion.
High inflation, peso depreciation, record levels of foreign debt, and the COVID19 pandemic have all harmed Argentina's monetary health recently. Overseas capital outflows have exacerbated the economy's problems, with poverty rates hovering around 40%. The crisis has wreaked havoc on ordinary Argentinians who rely on crumbs and government handouts to get by. The issue is quite upsetting.

BILATERAL TIES BETWEEN INDIA AND ARGENTINA

Since before India's independence in 1947, the two countries have had bilateral connections. In 2020, Indo-Argentine commerce was estimated to be worth $3.2 billion. Indian exports totaled $739 million, while Argentine exports totaled $2.5 billion, resulting in a trade surplus for the latter. India imports a lot of animal and allied goods, as well as vegetable oils and fats. Imports of leather and cereals are also popular. Both countries are members of the G20 group. TCS, Wipro, Godrej, Cognizant, and CRISIL are Indian multinational firms with operations in Argentina.

Argentina exports massive amounts of livestock and related goods and is the region's second-largest producer behind Brazil. The country's exports were valued at $54 billion in 2020. Argentina's mineral and natural resource reserves are vast. Residues and animal feed, grains, carbs, animal products, oilseeds, and meat are the leading export commodities. Brazil, China, the United States, Chile, Vietnam, and India are Argentina's top export destinations.

In 2020, Argentine imports will total $42.35 billion. China and Brazil are tied for first place in terms of imports. China has made major investments in Argentina, particularly in the field of renewable energy. The United States, Paraguay, Germany, Italy, and Bolivia are also important import partners. Machinery, electrical equipment, cars, mineral fuels, organic chemicals, and plastics are the most commonly imported goods.
Argentina has faced colonialists, diseases, the Great Depression, and tyrannical dictators that mismanaged the economy in the past. Argentina is currently struggling under the weight of a vast foreign debt. As a result, the people are being harmed. One out of every 10 persons in the country is impoverished. The current government has handled the crisis expertly, maintaining the IMF's confidence in the country's prospects while continuing to provide subsidies and other benefits to the poor. The situation appears to be improving. The government's increase in export taxes has brought much-needed foreign currency to the country, which has aided the country's 7% economic development.
We can all look forward to an Argentina that is egalitarian, progressive, and economically stable if this growth rate is maintained.
Seair Exim Solutions has collated the most up-to-date Argentina Trade Data. To begin your trading operations in Argentina, contact us now!

Argentina's government has set settling its debt issue with the IMF, reducing inflation, and responding to the COVID-19 pandemic by providing financial relief to the most vulnerable parts of society as top economic priorities for 2021. The Ministry of Foreign Affairs, International Trade, and Worship became the principal governmental institution for investment promotion when the Fernandez administration assumed office in late 2019. Although the Fernandez administration engages with both domestic and international enterprises, it does not have a formal business roundtable or another kind of engagement with overseas investors.